Memories from the Haunted Exhibition Palace 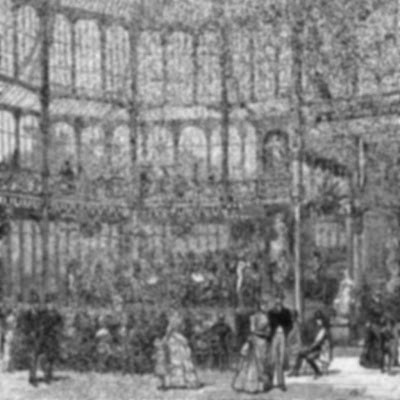 Three tracks are up on e&v @ murdochspace. They are forgettings based upon three pieces of Victorian ephemera discovered during research into the Albert Palace, of which more soon.
at 11:01 am No comments:

Email ThisBlogThis!Share to TwitterShare to FacebookShare to Pinterest
About: music 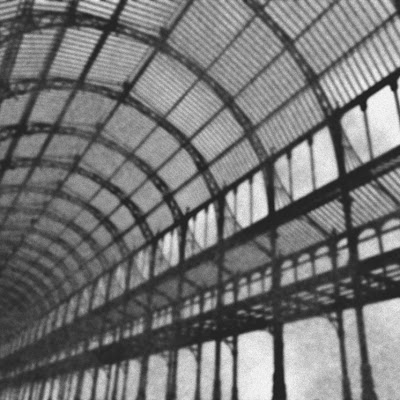 A few tiny grains of e&v's work will be on show at the Royal College of Art from Tuesday the 29th of January as part of the interim show, and will be visible for two weeks. Come down and make your presence felt.

Email ThisBlogThis!Share to TwitterShare to FacebookShare to Pinterest
About: architecture, school 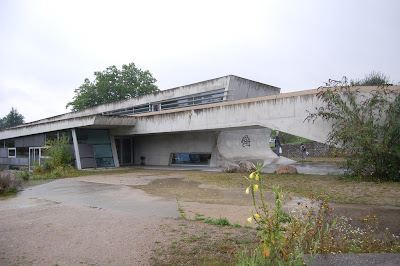 This photo causes me problems. I feel that it is worth striving for an architectural communication that can accept incompleteness, decay, dirt, and, well, gloom, despite the fact that this would only occur if the world was run by Beckettians, but it does bother me when this spatial language is just the unintended byproduct of some shitty acrylic paintings.

Just as the work of Eisenman Architects is interesting despite his awful torturing of genuine thought, so Zaha Hadid Architects seem to completely miss the point of their own work. Their physical output is almost, but not entirely, completely unlike the drawings, renders, and those vastly overrated canvases. This is not that terrible - most architects produce images that bear no relation to reality - sunny days, crowded streets, smiles, &c. but it is especially disheartening because a language of flamboyant, transfigured brutalism would be incredible, and appropriate for today, and for Zaha's to veer towards it, not through any considerate action, but merely because nobody (yet) has paid for them to construct buildings out of the platinum they so obviously would wish to, so that they continue to use concrete for its 'plasticity', is useless. 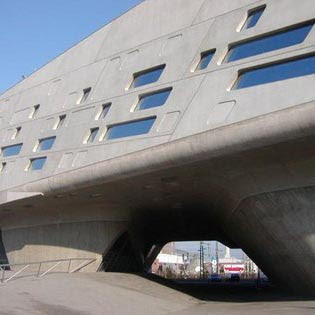 Take the Phaeno Science Centre, for example. The building, especially from the exterior, looks as if it could be some ill-remembered car park or university building, more elaborate, more ornate, more special than it had ever been in its actual experience. The addition of strange shapes, the angles, the irregularity is almost like looking at the process of forgetting acting upon the tricorn centre or somewhere similar, the addition of decay (or a worsening, as Badiou's Beckett might put it...), the much talked about way out between iconoclasm and pastiche, right down to the sickly yellow of the lights dribbling down from what resembles a waffle slab, structural mainstay of the multi-storey. But then, of course, Zaha is a capitalist modernist, with a Rand-esque artistic vision of an architecture that flows, that is dynamic, &c. She didn't mean it. If you look at the developmental material, there is never even the slightest hint of this system of reference, just powerful shapes viewed from extreme perspectives (I'm aware of the explanation for this - the images, paintings &c. are diagrams, not to be seen as representational, but I don't think that this explains the aesthetic one little bit). Give the Science Centre just a little time and it will be a real mess, stained and rotting away, but that won't make any difference to the coffee table books... 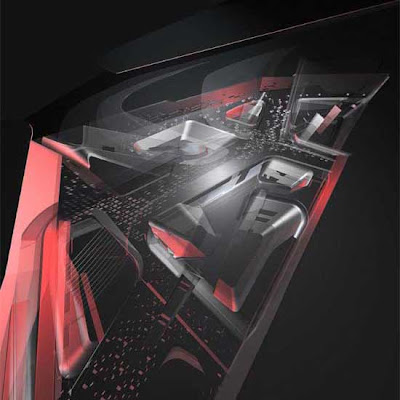 So Zaha's buildings rot quickly. Anybody could predict that, their early work is especially poor in construction and detail, but there's enough Zaha-bashing anyway, for worse reasons, and they should be supported against reactionary attitudes (and there are some great interviews with Zaha from during the 'deconstructionism' period where she cuts through the prevailing bullshit and charmingly points out that bad-theory is useless to her as an architect.). But seeing in their work hints of an architecture that could be complete in its incompleteness, able to communicate within the city without merely being a degenerated version of some financialist ideal or the never-ending sigh that is contemporary urbanism, this is a tantalising proposition, but it is disheartening that it should be unintentional, and unwanted.

Email ThisBlogThis!Share to TwitterShare to FacebookShare to Pinterest
About: architecture, brutalism 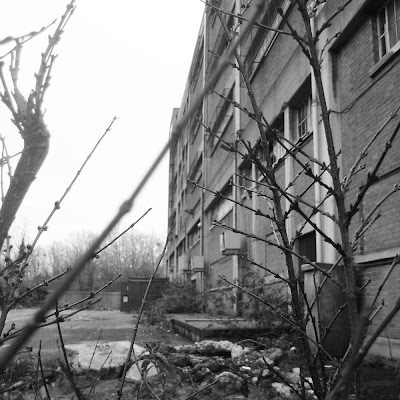 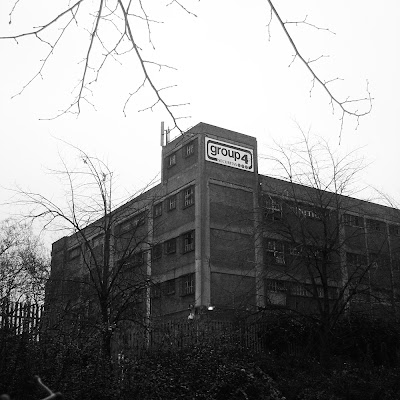 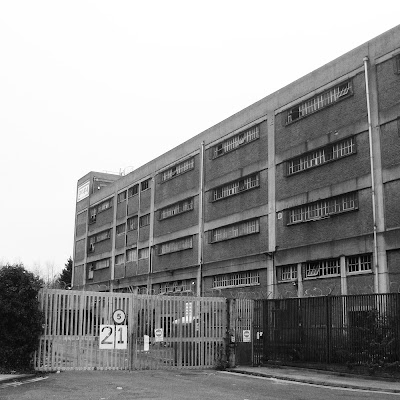 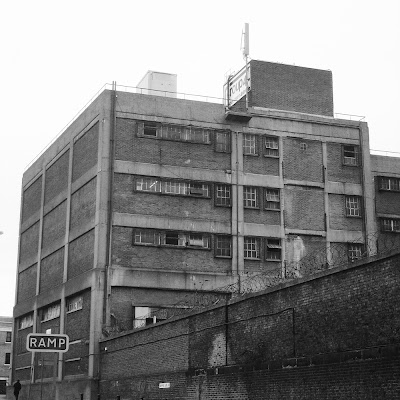 Demolition of all existing buildings and the construction of five buildings for mixed-use purposes to provide 385 residential units (Class C3), retail use (Class A1, A2, A3, A4, A5), and / or community uses (Class D1) and / or leisure use (Class D2); car parking, landscaping, new vehicular and pedestrian access points and other ancillary works 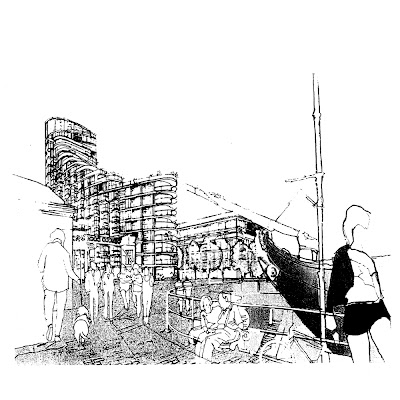 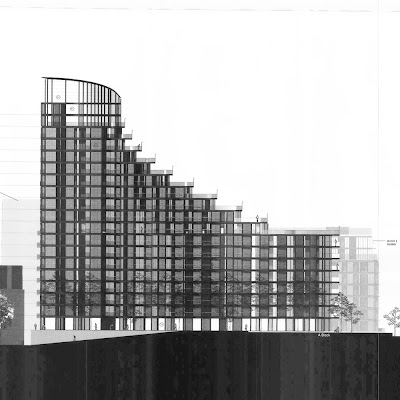