The End of Greatness

or; is it right to just fuck it?
or; pessimism tends not to be naturally selected...

IT gives us the anti-natalist position par excellence. It always seems to come down to a question of framing, however. IT rightly takes issue with the 'butbecomingaparentissonaturaldontchaknow' attitude by pointing out that making life is merely one of a number of urges that we, as political animals, generally subdue in order to function a little better together; in this way it could be said that the anti-natalist is just setting their moral threshold of acceptable behaviour at a different level to the happy parent, and perhaps this might be so.

However, I often come back to the (probably apocryphal) response from Beckett, questioned about his lack of progeny:

"Neither I nor my wife can bear the thought of committing a child to death."

According to this maxim, life is a trouble, and an unnecessary one; all of the infinity of potential humans are currently in an infinitely blank limbo, which in all cases is preferable to actually being brought into existence. Never having existed is always preferable to existing. This attitude leads on to the foster parent scenario - there are suffering human beings that need everybody else's help; they are here now, let's ease the pain as best we can. Sisyphus.

The other aspect of the Beckettian attitude is the role of time; and here we have to wrestle with more inconsistency; the virtual human is indeterminate, but the moment of conception sets forth a process that includes the potential for a senile, cancerous old human suffering constant pain. And of course, it is tempting to see that vision when one is in the wrong mind and in the company of children; a baby crying and dribbling? Imagine them crying and dribbling seventy years from now...

And another time problem, and this is where Beckett's Proustian influence becomes important. Proust is, of course, nearly all about the infinite and horrible tyranny of the Present, of now-ness, and the very small and very rare occasions (fuck it, let's call them events, shall we?) where the sensation of the past, another time, becomes stronger than the banal suffering of the Now. Included in the concept of time that Proust and Beckett subscribe to is of course the end as the prominent moment; bitter reminiscences of the all-too-real decaying body, terrifyingly present.

But to see life in this way, as a series of accumulating sufferings masking the vain pleasures and phyrric victories over time and nature is no more consistent than fucking away and feeling some form of specialness for having been able to spawn. Beckett himself, of course, never got to fully enjoy his withering away, as his mind took leave of him before his body did, which is of course the way the vast majority of us go.

Benatar, of course, tries hard to wrestle with these problems. He appeals to the pollyanna principle, saying that even when we think that our lives are pretty good, the opposite is the case, but then, the gaping logical hole here is, to whom does this matter? If all our lives are worse than we think they are, what could it possibly ever matter? There is a transcendental guarantee here required, an observer that is not human and is capable of perfect judgement of the quality of human life. Remind you of anything?

The video at the top is a simulation of the structure of a universe with physical laws like our own. I think it represents a problem that a certain aspect of the human mind wrestles with all of the time. To commit to a materialist ontology often includes a commitment to letting your investigations take you where they want to go, and that can spell trouble, perspectival trouble. But thus far there has never been a human that could escape its embodiment, its courage and its cowardice, its capacity for abstract thought and inability to transcend its own limits. Perhaps we're not far off from a real qualitative change, post-humanism either of transcendence or extinction, but that's another issue. Whether we think that childbirth is part of an 'avalanche of reproductive misery' (Benatar) or not, there's no outside point from which we could make it matter.
at 9:49 am 3 comments:

In defence of Solon...

Why then should we not call happy the man who works in the way of perfect virtue, and is furnished with external goods sufficient for acting his part in the drama of life; and this during no ordinary period, but such as constitutes a well-conditioned life as we have been describing it.

Or must we add that not only is he to live so, but his death must be in keeping with such life, since the future is dark to us, and Happiness we assume to be in every way an end and complete. And, if this be so, we shall call them among the living happy who have and will have the things specified, but happy as men.

On these points then let it suffice to have defined this much.

Or perhaps to add a little more; two cases, one of the perfect (or least awful) end, and one of the most hideous survival.
at 10:45 pm 2 comments:

Email ThisBlogThis!Share to TwitterShare to FacebookShare to Pinterest
About: death


The top search terms for my blog at this moment (discounting 'blogspot' and 'the') are 'chopin' and 'prelude', primarily due to me posting an early arrangement of No.20 in C minor, which is obviously being searched out by hungry guitarists. Those close to me might recognise a mild significance in the fact that this is still the most searched for aspect of the blog, but to me it's generally worth noting that today, during the ridiculous storms that battered London, I spent a little time working on my arrangement of No.15 in D flat; the 'raindrop' prelude.
at 3:17 am No comments:

'a very discordant demonstration of loyalty' 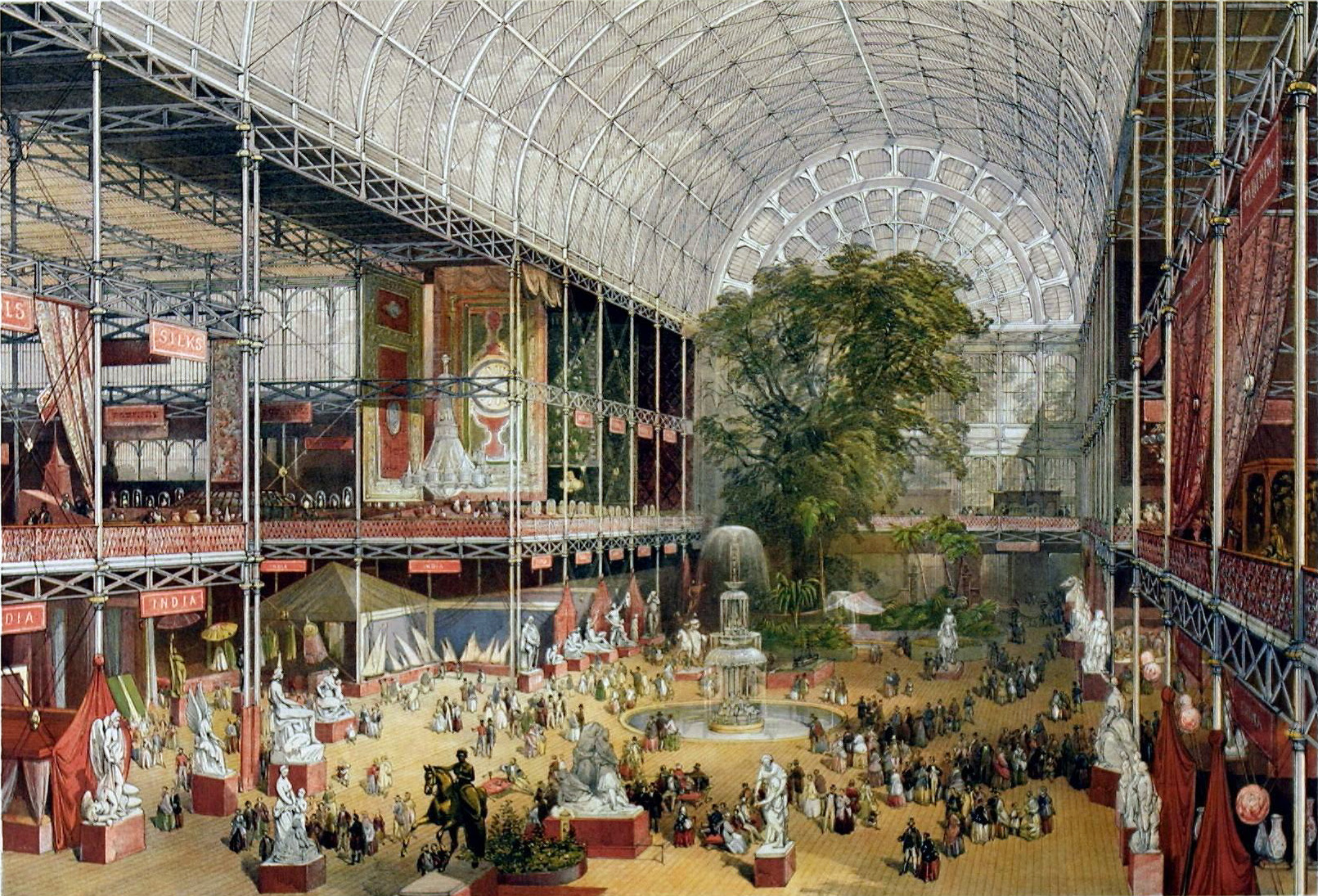 On 11 October 1851, the last day of the Great Exhibition, some 53,000 people visited the Crystal Palace. Although there was ‘a slight sprinkling of the humbler orders,’ according to The Times, most ‘belonged to the middle and wealthier classes, and consisted of habitués of the exhibition.’ By the end of the day the transept, where people had gathered even more than usual, was ‘packed with a dense mass of black hats’ through which an occasional bonnet could be spotted. Just before five o’clock Osler’s crystal fountain stopped and the crowd grew silent. The organs began to play the national anthem, and those in attendance turned their faces upward and sang along. Because of the size of the building and the distance between them, however, the organs were unable to stay together and so the singing of ‘God Save the Queen’ was, in the words of The Times, ‘a very discordant demonstration of loyalty.’ Then everyone cheered and slowly made their way to the exits to the pealing of bells.

Email ThisBlogThis!Share to TwitterShare to FacebookShare to Pinterest
About: architecture, iron and glass, music, noise, the Crystal Palace

"It's important that you read this book..."

Email ThisBlogThis!Share to TwitterShare to FacebookShare to Pinterest
About: politics

I've been reading more about Joseph Paxton, and it's interesting to see his final proposal for an iron'n'glass building (ferro-vitreous, as The Works of Joseph Paxton by Chadwick refers to it, rather unnecessarily) from 1861, for the good people of Paris. Obviously it shows some kind of a development from the Sydenham Crystal Palace, through the introduction of curvilinear spaces and domes. Chadwick thinks that it represents the most accomplished of Paxton's designs, but of course that is complicated by the serendipitous outcomes of constraints that made the CP so bloody iconic in the first place - without the tight budget and schedule, the CP could have been a much more Victorian, and thus less radical edifice - Paxton's scheme only really being chosen because nobody else could offer an on-budget and on-time tender (he himself told the retention enquiry that the Hyde Park CP was 'the simplest, the merest mechanical building that could be made')... The Sydenham Palace had a longer gestation time for the design to mature, and Paxton was determined that this would be his masterwork, but opinions were mixed as to whether that generated a greater, more impressive work, or a slip back into convention (a problem neatly summarised in the statement that the Sydenham version was 'more architectural'). I personally would say that the two buildings, although constructed from mostly the same material, are difficult to compare in terms of their cultural identities, the later building being obviously more 'composed', and more prone to melancholic interpretation due to its futile attempt at permanence.

Chadwick wonders if the Saint Cloud project pictured points to a line of development of the iron and glass aesthetic that was never fulfilled, and it's interesting to consider it in that fashion - I'm currently reading Houses of Glass, by Kohlmaier and von Sartory, and it's a good book, obviously Benjaminian in not only its subject matter but also the prose and taxonomic zeal. The authors state that 'With the end of the century these buildings vanished from the mental horizon like a fata morgana, like a shimmering soap bubble that could not survive the forces of the times and burst into tiny pieces.', and it is interesting (and not just in a steampunk way) to consider alternative ways in which the spirit of these delicate monsters could persist... In the meantime, have a look at this blog and their collection of images from the book.

p.s.- interesting fact: apparently Titus Salt attempted to purchase the Crystal Palace in 1852 for the purpose of turning it into a factory in Saltaire. Can you imagine the effect that could have had on the development of modernist architecture?
at 4:20 pm No comments: