Struggling along with musical things.

I've previously transcribed a small section of Beethoven's Heiliger Dankgesang, which as you probably already know was put to great use by Keiller in 'London'.

But Keiller also used Brahm's Alto Rhapsody in the film, indeed, it's the very first piece of music one encounters in the film, staring across from London Bridge towards Tower Bridge, with the Celine-baiting "It is a journey to the end of the world" as the opening line. Music for Keiller frequently seems to be used with very specific meanings, the 'convalesence' of the Beethoven presumably corresponding to the cure for the 'malady' of London (as well as the script's specific reference to convalescence when Robinson first comes back out after the Tory victory), while one can draw parallels between Robinson in Space's analytical study of the aesthetics of British capitalism and the desperate job-seeker music from Kuhle Wampe.
And then the Alto Rhapsody crops up again in Keiller's exhibition at the Tate (which I CANNOT RECOMMEND ENOUGH), with a pair of headphones allowing you to listen to Kathleen Ferrier singing Goethe's tale of peripatetic woe while also looking at an image of the lichen which may or may not be a silhouette of the great German polymath.
As you can imagine, it was buzzing around in my head for a while, so I thought that I'd try to get a little bit of it down, so here are the first few bars or so. One could probably keep going but there is never enough time...


And then Dietrich Fischer-Dieskau died. As someone said, perhaps the very last 'great' voice that there will be. One shouldn't be too sad - he lifted the hearts of millions and lived to a very grand old age, but I felt moved enough to quickly bash out a little Schubert song - 'An die Musik', with the final line "Du holde Kunst, Ich danke dir dafür!"


And also a little sketch I made using the sound of people milling about and drinking outside my flat, with a quasi-late romantic dressing. I'm not sure where something like this leads to, but perhaps it's the beginnings of an attempt to understand the difference between the quotidian and the romantic, with particular regard to the different poles of artistic satisfaction and metaphysical dread. Or something.
at 12:53 am No comments:

Email ThisBlogThis!Share to TwitterShare to FacebookShare to Pinterest
About: Beethoven, Brahms, death, despair, London, me me me, melancholy, music, poetry, romanticism, Schubert

Some more stuff relating to the Olympics then, which I'm just sure you're pleased to hear. The Olympics seems to be taking up much of my writing life at the moment, with at least three Olympic texts/talks in the last month, various articles, a talk and a number of talking head appearances. I suppose that you could say this was cashing in, in a way, taking advantage of what's going on to boost my profile. But that's nonsense, because as a critic, or at least a journalist, one isn't really supposed to just have an informed opinion about anything you feel like, but one is expected to be informed about what is going on at that point. The olympics are happening, I'm writing and talking about them a lot. 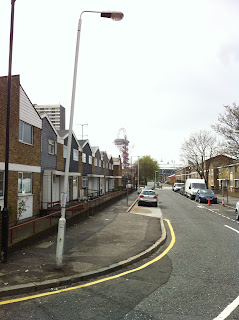 But one of the things I've noticed recently is that this sort-of passive attitude towards the Olympics is actually rather prevalent, including within some of the Olympic organisations themselves. In much the same way that Ken Livingstone thought that the investment and deadlines brought by the Olympics would be the only possible way to get some funding into East London, or indeed that in their more compassionate moments the Blairite nonces thought that the private sector's greedy dynamism would bring in enough cash to redistribute around, so many people seem to consider the Olympics a rather destructive force of nature which they are nonetheless attempting to harness to make some kind of positive change in their area. 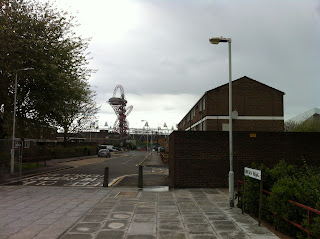 In a way this is the flip-side of 'trickle down'; that idea that always seems to be a fairly flimsy fig-leaf for old fashioned acquisitive greed has also its mirror in the belief that one can harness a greedy force for the people. This is the logic of 'affordable housing', of section 106 agreements - there is a profit motive, but if you can skim some of the froth off of a capitalist's investment, you can do some good.
But of course that's nonsense. In the end, the Olympics, like most of these things, is a gravy train for some, with everyone else picking up the pieces. All the re-paved streets and refurbished community centres that it provides are entirely dwarfed by the rent catastrophes, removal of public space and increase in 'security' that has come with it, to name but a few things. 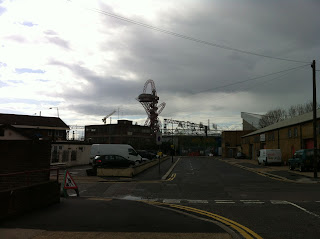 I got into an argument recently with a bunch of people from a certain popular PR website, who have been promoting a series of features on local Hackney designers with an Olympic theme. Never mind the fact that Hackney is but one of the Olympic boroughs, albeit the most gentrified, but my problem was the basic and rather incontrovertible fact that if you're a designer who lives or works in Hackney, the Olympics is making your life worse (unless you happen to be a property owning Hackney designer, but frankly if you are it's because you were already rich, which is a different problem).  Not only in terms of the way that it has starved arts and culture funding, upon which so many Hackney art & culture workers depend, but also in terms of the suffocating influence it is having on property and rent prices, meaning that so many skint designers are leaving the area entirely. However, pointing out the fact that promoting these people with a pageant that is negatively effecting them is a little bit hypocritical was enough to get all manner of accusations flying my way, from being a negative-ninny sniping from the sidelines, to simply being jealous of these people who are 'doing something'.
And in a way, they're right: what is the difference between me making money writing about this mess, and these people promoting others' good works using the fact that the Olympics is around? Well, it's the difference between pointing out how pathetic this whole situation is, £9+ billion for a private park, mega-mall, luxury housing and missiles deployed everywhere, and swallowing your pride, shouting "OLYMPICS YAY!" and getting on the dirty train as it sweeps by. 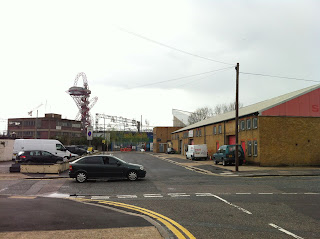 And all that stuff I said about the Orbit, years ago now, has come to pass. It was publicly unveiled recently, and there was all manner of public attention on the thing, with Anish Kapoor actually admitting that it was a 'deconstructed tower' (whose curves are surely generated by the spinning of Derrida's grave), and various people being sent my way for a soundbite. I've got plenty to add, and I'll send it all your way when it comes around soon, but in the meantime I took some photos of the Orbit recently, which are somewhat different to the usual ones you might see. 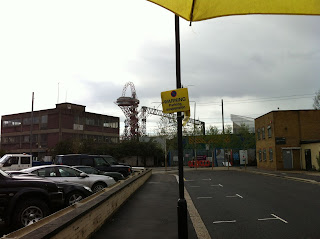 Because let us not forget that this thing, this aesthetic nullity, it has been inflicted upon us, capriciously, by that ruthlessly bumbling thug Boris Johnson, and the country's richest 19th century industrialist throwback Lakshmi Mittal, and we're supposed to be grateful! 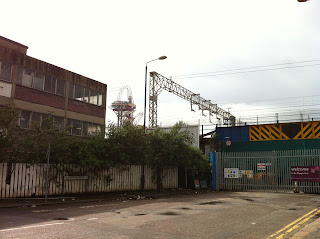 And let's not forget that although it sits in that lovely new park, it is surrounded by some of the poorest parts of all of Europe. 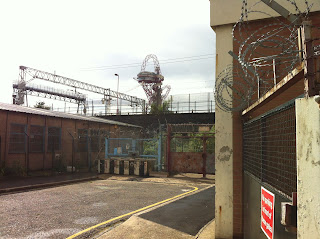 This photograph, I think, has a rather serendipitous aspect to it. Note the resonance with the barbed wire, apt, if a little basic, but compare the Orbit to the railway power gantries in the middle distance. One thing that is most irritating about the Orbit is that it largely draws its basic language from utilitarian engineering architecture; spaceframes, tubular steel, factories, sheds, etc. It's ALMOST an aesthetic transfiguration of that world, but it doesn't work - we know that the loops came first, which were then worked upon to turn them into structures.
Perhaps this is the problem - the Orbit isn't just an inept piece of public art, indeed, I've frequently said that its ugliness is perhaps the LEAST interesting thing about it. But in its childish twists it almost carries within it a hint, a fragment of what a genuinely interesting reevaluation of the aesthetics of utilitarian structure would look like, but it seems to have been approached from every single possible wrong angle.
at 11:46 pm 1 comment: