Since graduating I have worked freelance on a couple of competitions, but nothing that I have initiated myself. Seeing as the windows of opportunity are being slowly and consistently reduced to mere archery slits, a young practitioner such as myself should probably be a lot more keen, entering things willy-nilly with nothing to recommend me but a charming grin and a willingness to work for anyone on anything. Although this is obviously only a route that an ambitious little shit would ever take (although there's never in the history of humanity been a shortage of those, oh no...) I am getting the strange feeling that I ought not to just sit at desks slagging everything that everyone does all of the time.

Now, disregarding the obvious hypocrisy, I thought I would share this - It's a competition to 're-imagine' one of the World's Most Insane Buildings - The Palais de Justice in Brussels. If you ever wanted to understand the architectural and cultural context into which spaces such as the Crystal Palace or the winter garden in general were arriving, then you really have to look at this behemoth, the largest building built anywhere in the 19th century. An eclectic smorgasbord of folderol; a steroidal, syphilitic architecture...

Email ThisBlogThis!Share to TwitterShare to FacebookShare to Pinterest
About: architecture, competition

Back around to the Orbit 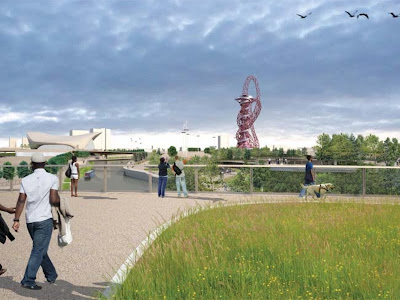 Not that long ago (6th of April to be precise), I wrote a short piece poking fun at the ArcelorMittal Orbit, that contemptuously half baked excuse for an Olympic landmark. Recently, the planning applications for the 'Mittalintestine' were submitted, which of course gave us more information than we had before (You can have a look through here...) I won't go into too much detail, because there's very little revelation of poor design concepts and half-baked aesthetic justification that wasn't abundantly clear from the outset of the project. 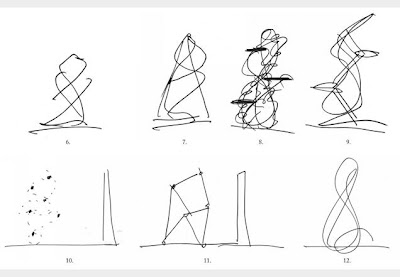 But actually, there are a couple of things that made me laugh in a mixture of pride and shame, at my having predicted so thoroughly the mindset of those involved. I made a couple of mentions in the previous post to the 'napkin sketch' and the notion that Anish Kapoor provided his ideas only at the very beginning of the process, before it got taken over by the wibble engineers. And lo and behold, the concept sketches as revealed in the Design and Access statement are the sort of piss-poor doodles that would be torn off the wall at any review in any art school, anywhere in the world, for wasting your tutor's time, your fellow students' time and of course your own bloody time. But no, in this case they reveal genius at work. Of course. 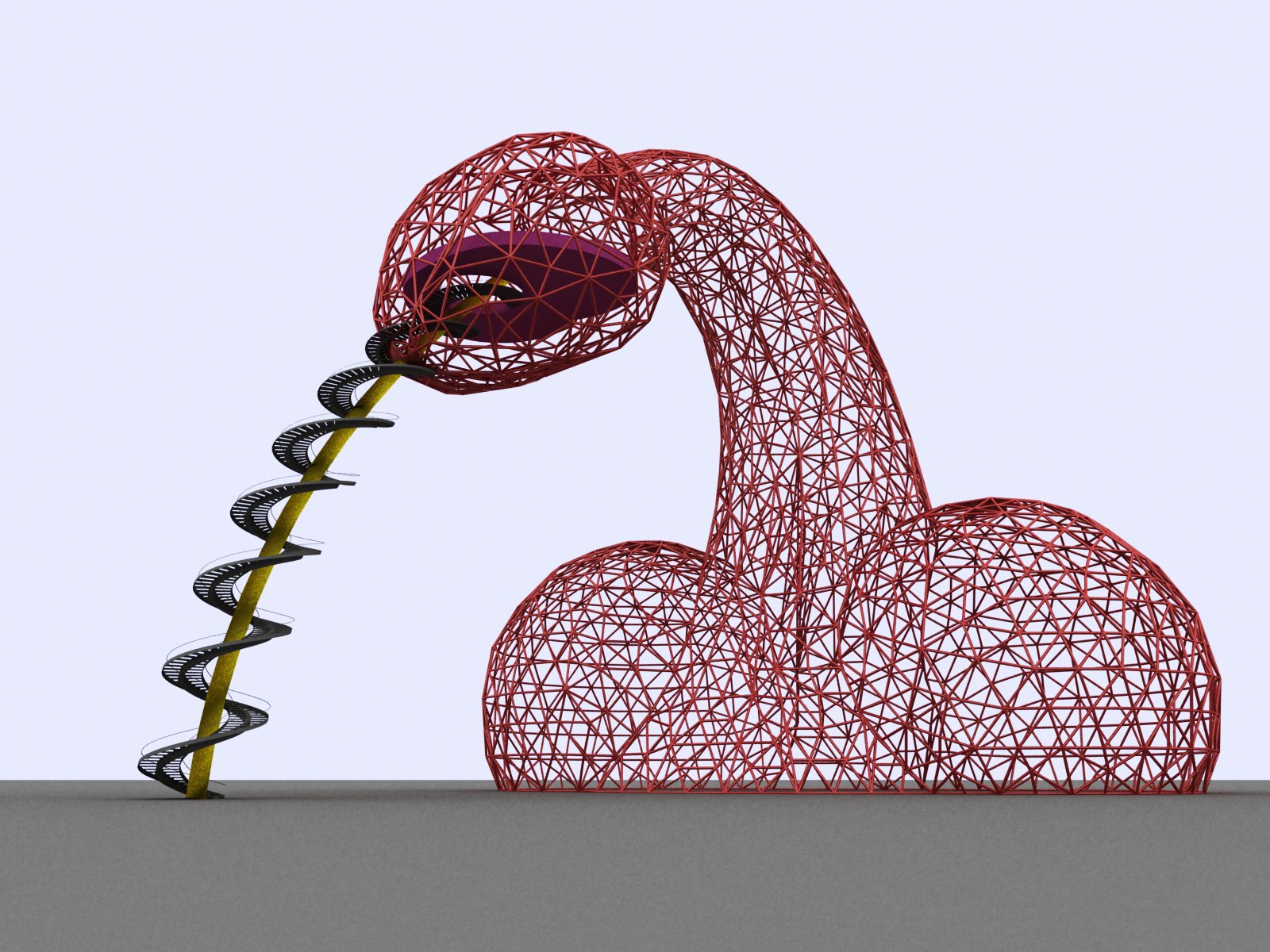 The other thing, which I find even more appalling, is that I basically preempted their whole rationalisation spiel. Here's what I wrote about my 20 minute cock'n'balls redesign, as seen above:

I think it not only provides an iconic structure that we can all admire from anywhere around London, but it also wryly subverts, deconstructs, if you will, the priapic certainty of the conventional tower-structure.

The design for ‘Orbit’ evolved out of a dialogue between Anish Kapoor and Cecil Balmond. They have been working together for over 10 years. The Artists started their creative investigation by looking at the idea of the tower in the 21st century. It should be a landmark sculpture and to be defined as such, it will provide panoramic views over London. Post London 2012 Games, it should retain its iconography against the London skyline. It should make an iconic statement about ‘Tower-ness’. They looked at epoch making towers such as the Eiffel, Tatlin, Empire State and even the Pyramids.
They could see that all conventional or classical structures want to accumulate strength and are thus stable ground based structures. Furthermore all towers are continuous in the vertical plane. This was a premise which Kapoor and Balmond wished to unravel and to destabilise.

The ghost of shit sub-Derridean thought continues to haunt aesthetics. Damn them all, the fools.
at 4:13 pm 1 comment:


This is one of those 'Sorry I haven't written anything for ages' posts. Truth is, I've been sooooooooo busy. But in the meantime, here's something for all you Wagnerian furries out there...